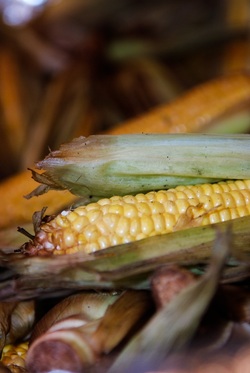 When your nose catches a whiff of a steak sizzling over a mesquite fire you know two things: You are in Texas and you are about to eat a fabulous steak. That smell will lead you to the best steak in the Panhandle as proclaimed by the award River Breaks Ranch received in 2009 from the Texas ______________. At River Breaks all of the meat is cooked outdoors over an open fire giving that unique flavor that is often attempted by others, but perfected by River Breaks. Steaks are just the
beginning. Our menu includes entrees such as maple syrup glazed smoked salmon, cuatro rubbed brisket, whole orange glazed roasted pig (with the obligatory apple in its mouth), and mesquite grilled fajitas that will make you say “Ole” as well as an array of mouth watering appetizers.